We Provide Systems For Athletes To Reach Their Peak Performance 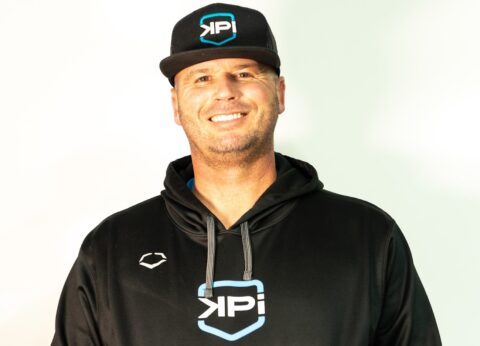 In his time in baseball, Erik Wagle has sent over 150 players to play in college, coached numerous college All Americans, and has mentored or advanced nearly 20 players into professional baseball. Wagle has an extensive and diverse career in the sport spanning every level and many roles.

Wagle's playing career started at Live Oak High School, where he was an All-Monterey Bay League player. Wagle moved on to San Jose City College, where he was a JC All-American in his sophomore season, leading the nation in saves and setting the school record in the same category. Wagle signed a scholarship with Division 1 UC Riverside before playing his final two seasons at Division II power Sonoma State.

He started his coaching career at his high school alma mater, Live Oak High School, coaching for five seasons and helping the Acorns win their first-ever CCS Championship in 2008. While there, his pitching staff led the league in ERA in three of the five years and broke the school record for ERA in 2008.

Wagle then moved on to San Jose City College, where his teams broke more pitching records, and the Jaguars led Northern California in wins during his tenure. 100% of the players at SJCC transferred to a four-year school during Wagle's time with the Jaguars.

After his time there, Wagle moved on to Cal State Monterey Bay to help revive the dormant program at the school. In year one, his pitching staff lowered their ERA over four runs from the previous year, and in year two, they shattered the school ERA record. In his two-year tenure, the team went from an 8-41 record the year before the new coaching staff arrived to a national ranking in year two of the revival.

He has a Master's Degree from Saint Mary’s College in Health and Physical Education, a Bachelor’s Degree in Sociology from Sonoma State, and teaching credentials in Physical Education and Social Sciences. Wagle has served as a Professor in the Kinesiology Department at CSUMB and was a Physical Education Instructor while at SJCC. Wagle is a published author and journalist. He also wrote on a popular national blog, collegebaseballlineup.com, during his collegiate coaching career. He is single and currently resides in Morgan Hill, CA. 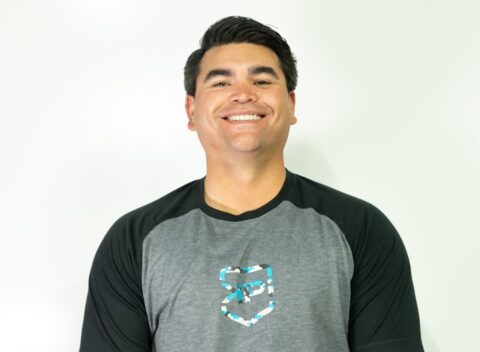 Dan’s passion for exercise science and performance began during his time at Westmont College as a baseball player. He spent many stints on the disabled list due to several different injuries. Those experiences, along with guidance from other mentors, pushed him to learn as much as possible about developing athletes. He’s passionate about working with all athletes, but he spends more time developing baseball and softball players.

His goal is to change that in athletes. During the last five years, he has witnessed hundreds of athletes surpass their perceived potential. This includes athletes throwing over 100 mph, running sub 6.5 60-yard dashes, and putting on 20+ lbs. of muscle.

Dan by no means has the secret formula or quick fix, but he does know that if you genuinely believe an athlete can improve, give them the tools, and encourage them to work hard, crazy results can happen. He utilizes an in-depth assessment protocol to help identify areas for potential improvement, helps build self-belief in every client he works with, and ultimately believes that process will enhance their performance on the field.

Nick joins KPI as a successful career as an Athletic Trainer. His role at KPI has him overseeing every area of athlete health and wellness. He is an armcare.com certified coach and has a wealth of experience training and treating high level athletes.
Nick graduated from Tiffin University (TU) with a Bachelor of Science in Exercise Science. Nick played collegiate baseball at Tiffin University. During his time there, he was a two-time All GLIAC Conference and All Midwest Region Infielder. He finished his career at TU being top 5 in career offensive categories for homeruns, hits, RBIs, and total bases. At TU, he worked as an Athletic Training Aide in which he assisted TU’s Sports Medicine staff in providing health care to all of their Division II student-athletes. He began his coaching career with Riptide Travel Baseball Academy in Durham, NC. He coached for 3 seasons there where he spent time both managing and assisting the 10u, 12u, 14u, and 17u travel teams. He worked closely with player development which included strength and conditioning sessions, camps, and individual lessons. Nick continued his education at the University of Illinois-Springfield (UIS) where he obtained his Master of Athletic Training degree. During his time there, he completed an independent research study that focused on injury prevention in adolescent baseball players. Nick was also invited to participate in a Student Athletic Trainer mentorship program with the St. Louis Cardinals through the Professional Baseball Athletic Trainers Society (PBATS). Nick is BOC certified athletic trainer. He holds membership in the National Athletic Trainers’ Association. He is also a Certified Strength and Conditioning Specialist (CSCS) through the National Strength and Conditioning Association. Before joining KPI, Nick worked as the Head Athletic Trainer at Lincoln Land Community College. He developed and implemented arm care programs for the 2022 Logger’s baseball program who were ranked #2 in the country by NJCAA DII Baseball Poll to kick off the season. He has a passion for helping the next
generation use the game of baseball as a positive outlet to build character and confidence that they can carry with them in whatever future endeavors they pursue.
-BOC Certified Athletic Trainer
-Illinois Licensed Athletic Trainer
-Certified Strength and Conditioning Specialist
-American Heart Association CPR/AED Certified
-National Athletic Training Association (NATA) Member 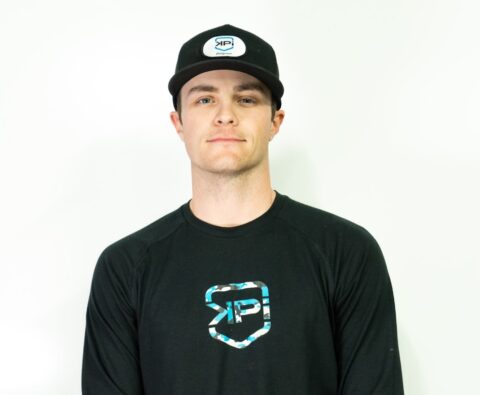 While attending Live Oak High School, Sanders was a four-year starter in the historic Live Oak Baseball program. A two-way threat all his years at Live Oak, Sanders emerged as one of the top pitchers in the area and received an athletic scholarship at NAIA power Westmont College in Santa Barbara. While at Westmont, Sanders became one of the winningest pitchers in school history and was even highlighted on ESPN's SportsCenter for his career accomplishments. 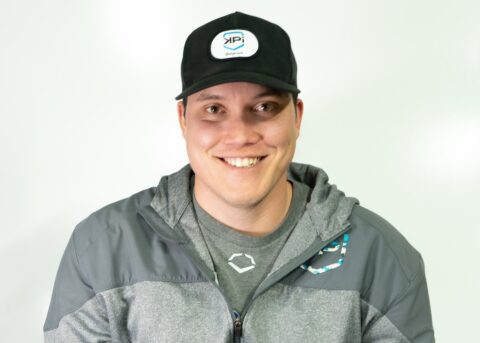 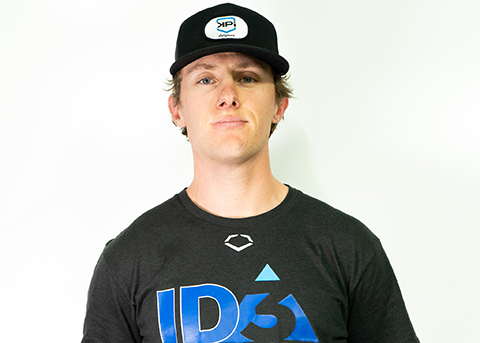 After a successful career spanning the Junior College, NCAA Division I and II levels, Cameron joined KPI to be a Pitching and Remote Coordinator. Cameron oversees the growing Remote Training option at KPI and assists with all aspects of the Pitching program. He is a Pitch Design specialist and has also implemented the throwing and arm care protocols for the KPI Youth Development Program. 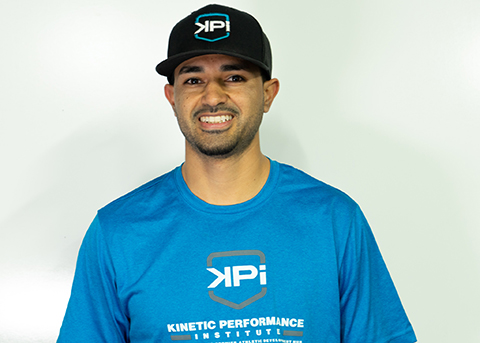 Andrew joins KPI after a successful career coaching high school and travel baseball, along with stops at tech companies like Apple. He has experience across every area of the game and his business background allows him to understand every aspect of KPI. At KPI, Andrew oversees all business administration duties and assists with marketing and hitting.