We like to over-communicate at KPI. This is for one simple reason… so we ALL can move these athletes to develop and push them in the right direction. Most programs like ours will just coach the players, and if they get it… great. If not, they will just move on to the next player. That’s not our approach… we want everyone to understand what the coaches think and see. Not only does that breed more comfort and understanding, but more importantly that gives the parents a chance to echo what the coaches are trying to do. Parents are by far the most powerful force in a young man or woman’s life, so a parent understanding what a coach is doing/thinking, and continuing that communication to the player, is a very powerful force. When done in coordination, all these voices instilling a similar message to the athletes will have a great affect on their development.

Something that we want to present to everyone is the “Puberty Issue.” The puberty issue is something that is very prevalent in youth sports and something we see a lot at the youth ages. It’s something that we are very open with the athletes on and want them to understand. We also want the parents to understand how much puberty has a HUGE affect on performance (not development) and why that is perfectly fine.

As we all know, puberty happens at different times for different athletes. Boys are notorious for developing late as well, and we see that dynamic quite a bit at the middle and high school ages. Many other coaches in our program have a similar story and if we are being honest… many, many players at the upper levels were late bloomers. We will explain a little further down why that can most certainly be an advantage as the boys continue to age.

At the youth and high school level, the age a player started puberty most certainly affects their performance (not development) in a huge way. We see it some in our program, but quite a bit in other programs/teams… some of these kids are just flat out bigger and stronger than the others. That is going to give them a MASSIVE advantage in a competitive situation. They can do some things on a field that even the most skilled, smaller player cannot counteract. That doesn’t mean that bigger player is more skilled, but in fact they are just further along physically. This leads to people being wowed by the young player that has the body of a man competing against boys that are 2 years away from even having hair under their arms.

On the flip side, the late bloomer has to fight, scratch, and claw just to be on the same field as the more physically advanced (not more skilled) player. They try their best to compete against that guy and often times they cannot beat that guy, and that is discouraging. On top of the physical disadvantage to being a late bloomer, they also have to start playing on the larger fields. The 13U jump to 80’s bases and 14U to 90′ bases is a HUGE adjustment for players, especially those ones that might be behind a bit physically. So not only are they physically behind the kid that went through puberty earlier, but they are playing on huge fields their bodies probably are not ready to compete on. We definitely see some of our athletes going through this exact struggle.

We have seen hundreds of players move on to the college and professional levels. Most of these players were the late bloomers we are commenting on… they had to adapt and figure out ways to be successful because they weren’t overtly physical growing up. Moral of the story… late bloomers have an inherent advantage when they finally physically bloom and get older. Growing up they had to fight, scratch, claw, and outwork everyone else to be successful. They have to learn to play the game the right way to compete, they can’t just show up and be better than everyone else. They have to focus on their skill development as they work their way through puberty, because they know they can’t physically match up. So when they do catch up, they all of a sudden can match up physically, but now have a superior skill set and mindset. Then we really start to see the value of the struggle they went through (and it most definitely is very valuable for them). So while the struggle is difficult to go through, and can be tough enough to have many players quit at this age, it can pay itself out with huge dividends when they get older.

So please understand one thing… we know the struggle, appreciate the struggle, and we EMBRACE the struggle. It is very easy to see which kids are more advanced physically right now. THAT’S OK!!! We can’t change which kids have gone through puberty and which ones have not. What we can control is their effort, attitude, skill level, and work ethic. With the proper mindset, this will develop the toughness and fortitude they will surely need when they get older. If players and families give in to the struggle, the struggle will just continue and development will never happen. There is no quick and easy fix out there, this whole development thing is difficult and it takes a long time. Other programs don’t market themselves like that… they tell you to join them and you will get all these great things! Not us… we tell you that if you join us you will get the best coaching and structure any youth program provides with every resource an athlete will need to develop. Those that can stay the course, understand the process, accept the process, will be the ones left standing at the end.

We are always fighting the war in this program, not the battle. This blog was just to give everyone our perspective on this little mini war a lot of the athletes are constantly battling…. we love to see them fighting!! 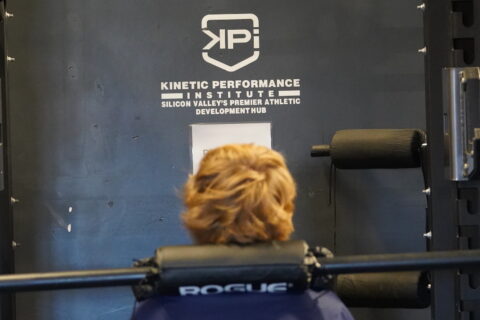 “Assessments” are the new buzzword in the athlete training world. Providing an assessment to individually evaluate an athlete is an extremely… 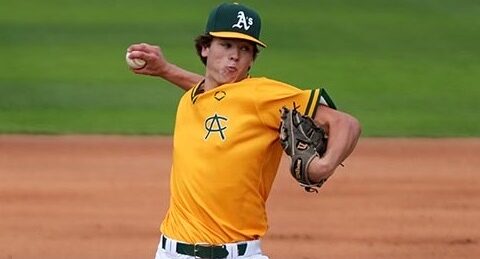 Injuries have been on the rise in baseball pitchers over the past decade. While some may blame it on advanced pitching techniques, there is another…