At KPI we get a wide range of athletes that walk into our door.  The vast majority of our clients are looking for guidance and structure so they can increase their ability to play at the next level (whether it be high school, college, or pro ball).  Then we get unique cases like Gabe Gaeckle, a 2023 Right Handed Pitcher from Aptos, CA.  Gabe presented us a unique opportunity as someone with immense talent, but a major injury already on his record along with some physical traits we don’t always see in high level throwers.  This uncommon circumstance turned into an incredible opportunity to blaze a new path for the talented hurler, all predicated on his intense work ethic and drive to improve himself and reach the highest levels of the game.

Gabe grew up with a pretty standard story… a talented player in the small town of Aptos, on the Santa Cruz coast of Central California.  He was a good little league player and excelled at the game, but entering high school Gabe’s path took a different turn.  He pitched a few innings in the early Spring of 2020, then the world shutdown with Covid.  The rest of his high school season washed out and he looked forward to competing in the Summer for his talented Summer team, Alpha Prime.  As the Summer kicked off, Gabe injured his elbow and required Tommy John surgery.  He received the surgery from the famed Dr. Ken Akizuki in June of 2020 and the promising start to his high school career was suddenly stalled.  Getting surgery and trying to rehab in a pandemic for a 15 year old kid had its challenges, but Gabe’s hunger and elite work ethic saw him excel in his execution of his program.  He dominated his rehab, did not play high school ball in the Spring, and entered the Summer of 2021 ahead of schedule and ready to throw in live situations.  He followed his structured program and was able to log a few innings in the late Summer of 2021 before shutting down for the first part of the Fall.  He showed enough in his few outings to garner a verbal commitment to attend UCLA.  That’s when Gabe came to KPI and started his new training protocols to understand and improve what might have led to his injury, and to set his path for his progression to, what we hope, are the highest levels of the game.

Gaeckle committed to UCLA in October of 2021

As explained before, an athlete as talented as Gabe is not usually searching for a brand new training regiment, but his injury history spurred the thought that maybe there was more for him out there that would help him continue to develop and stay healthy.  We have a lot of high level pitchers that train with us, but Gabe presented differently in his assessment that most of them.  He had some of the common traits that many high level throwers have: high levels of shoulder external rotation and elite ability to transfer energy (measured on Hawkin Dynamic Force Plates) and we measured that he was externally dominant with his hips, which is fairly common.  But he did deviate with some of the other traits that we often associate with our high level pitchers.  A few of the outlier traits are listed below…

At the high school ages we usually see the very hard throwers like Gabe present with hypermobility, or at least solid ranges, for all the tests that Gabe failed.  This led us to dig deeper and learn that Gabe experienced some foot bracing growing up, and that very well could have led to mobility issues up the body chain that led to some of the mobility deficiencies that we would expect him to have.  He also demonstrated in his assessment he needed to improve his core strength and stability so he could access more range of motion in some of our common assessment tests.  So while the presentation was different to us, we were excited to start working with him because we felt like we could have a huge impact on his health and development if we could clean up these issues.  We already knew we had an elite worker on our hands, so we gave him quite a bit of programming for him to dive into right away.

On the strength side of his programming, we attacked Gabe’s lifting and movement training in a much different way he had been trained before.  Because of his mobility issues, we gave him intensive daily mobility training through his warmups, and often advised him to do that routine twice a day.  His force plate readings also displayed that he was not using enough time to complete his movement, which can often be a precursor for injuries, so we gave him programming that allowed him to take more time and absorb his movements, rather than just changing direction quicker, which he was already very proficient at.  Gabe drove over the hill from Aptos 3-4 days per week all Fall and Winter and performed his routines at home on his off days.   We saw his mobility deficiencies improve and his force plate data validated the approach, with his levels of tension decreasing and the timing for his movements increasing.  He was becoming a more efficient mover that was more balanced internally, rather than the high tension athlete that showed up for an assessment.

Gabe jumped into the Winter pitcher throwing on-ramp with the rest of our pitchers on November 1st, following our arm care protocols.  We had not performed a throwing assessment on him, so up until that point, we had not gotten much of a feel for his throwing mechanics.  He used November to build up gradually with his throwing volume and intent, and we got a look at his true mechanics in early December as we started to blend in mound work through bullpens.  We used our biomechanics software (Pro Play Ai) and did an extensive breakdown of his mechanics and noticed some strong trends that, along with his mobility issues, nodded towards why a major injury occurred at a young age.  Here is a quick breakdown of what we observed in his biomechanics report…

After his biomechanics analysis, we immediately implemented a new routine with some individualized drills that attacked his areas of improvement.  We started with a staggered drill series, one day focusing on his late arm at foot strike with connection ball work in his upper throwing arm, and the second day he threw clubs to improve his arm path and eliminate the deficient arm path movement pattern and help him create a new, more efficient upper body delivery (yes – we said he throws clubs).  Both the connection ball and clubs can be found in the TAP series by Oates Specialties.  Below is an example of a drill Gabe performs with the clubs and the more efficient arm path is clearly displayed.

Normally the kind of enhancements we were trying to make with Gabe would usually take several months, but Gabe was able to make the adjustments very quickly because of his elite athleticism and work ethic.  After 3 weeks of his new routine, we could see the evidence of the more efficient arm path and he backed that up with incredible results on the mound.  As he transitioned into high intent mound work and Live AB’s, he regularly sat in the mid 90’s and a personal record 96.9 mph fastball in a bullpen session.  Not only was he experiencing record velocity on the mound, but his soreness levels were getting lower and lower as the weeks went on and he continued to improve his mechanics and mobility levels.

After 1 month, we performed the overlay below that displayed the dramatic improvements (blue figure).  Although the video is not perfectly synced, it is easy to see how the blue figure (1-month progress example) starts behind the red figure but the much more efficient arm path has improved direction and actually “wins” the race by catching up and getting out front of the original breakdown we did in early December.  This efficiency is one of the prime reasons that Gabe improved his health so dramatically over the Winter.

With the Covid shutdown and his subsequent injury, Gabe had very few innings logged during his first 2 years of high school. Because of that, we took an extremely conservative approach to his innings on-ramp once the high school competitive season started in the Spring.  One of the strongest determinants of injury for pitchers is too large of an innings jump from one year to the next, so we wanted to take a very methodical approach now that he was healthy and fully cleared.  While it can be frustrating for a young arm to take things as slow as he has, we are seeing the benefits of his approach and hard work over the Winter.  His current stats are below…

Gabe has continued his progression this Spring, checking in with the coaching staff daily and following his programming meticulously.  He is experiencing little to no soreness after his pitching outings and is progressing his pitch and inning limits each week.  In a recent bullpen (shown below) he displays some beautiful mechanics and arm path, a perfect display of all the progress he made over the Winter.

Everyone around Gabe is extremely excited for his future.  While he has elite level talent and and high level progression, the strongest determinant for Gabe’s ascension will be his advanced work ethic and buy-in to training.  He is a perfect example of what happens when talent meets a novel approach in a system that tailor made a program for his specific situation.  We are very confident this young man will continue his accelerated path to the top and others have taken notice, as he was recently invited to the Perfect Game National Showcase and was ranked as a Top 100 Draft Prospect for the 2023 class by Baseball America.  This kid isn’t afraid to bet on himself and we are betting he will reach his lofty goals one day. 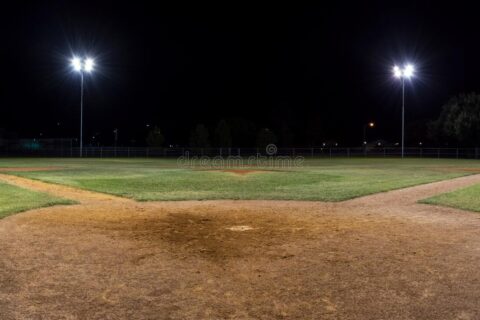 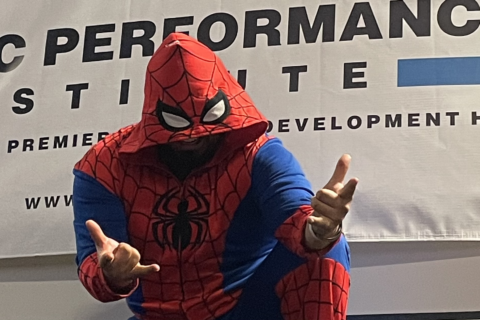