In February of 2022 Michael Moriarty got cut from his high school team.  The next day he drove to KPI and asked to start training.  That 40 minute drive changed his life and could change another young athlete’s too.

The Outlier Reaction and Process

Michael attends a prestigious high school in Silicon Valley that is loaded with baseball talent, particularly young talent.  This did not bode well for Michael, as an older, fringe roster player the preference went to the younger pitchers for the varsity roster spots.  Every year that goes by less and less kids play baseball (and sports in general).  It’s the participation pyramid model that has been in place indefinitely… every year that goes by there are less and less spots to fill and the game gets more and more difficult.  The game ends for all of us eventually, and most accept it when it happens, while others set a different path for themselves.

Michael decided that his fate would be different than the tens of thousands of baseball players across the country that are told every year they are no longer good enough to keep playing.  He did not want to accept that as the answer and end.  He found something else inside of himself that wanted to fight the numbers instead of giving into the numbers.  So in 6 shorts months he want from a victim of the process (getting cut) to seeing his dreams become a reality by committing to an NCAA institution to play baseball (only the top 11% of baseball players in the country get to advance to play college baseball each year).

Michael Chose a Side

Since he started at KPI, Michael has gained over 10 pounds of body weight and over 10 mph on his Fastball.  Instead of becoming a victim of the numbers, he used the power of the numbers to catapult his development.  He went All-In on his personal development and improving the skills he would need to become a recruitable athlete.  This was done by following a strict daily schedule, immersing himself in a proven system, and using the network and resources we provide at KPI to his advantage.  Michael figured out the cheat code… that it isn’t about some of the perceptual issues that many high school players and their families get caught up on.  Rather, it’s about the will and desire and investment in self that matters the most in this process.

We understand completely that much of the system surrounding youth and high school baseball has not been setup for all kids to be successful.  The “elite” teams at younger ages, the prominence of scouting services, and many of the bad actors in the space have created a system that is not setup for the development of young men.  This system wants to tell the Michael Moriarty’s of the world they aren’t good enough because they didn’t play on a certain team or hit certain benchmarks by certain ages.  The problem with our current environment is many players/families give into that system or they just leave it all together because it’s so frustrating to navigate.  Michael had too much will power and self belief to be told he was done.  He didn’t give into the egos and the noise, he created his own path through focus and development.

11% of high school baseball players advance to the collegiate level each year.  This is the most exclusive of clubs and Michael worked his way into it.  It wasn’t handed to him by elite genetics, he didn’t have a special contact hook him up at a college program… he just went and earned it.

So while we have many Division I and potential draft picks that train at KPI, those guys are still the outliers.  Michael is an outlier in a much different way, but his story is proof that going all-in on yourself is the best investment you can make in this process. 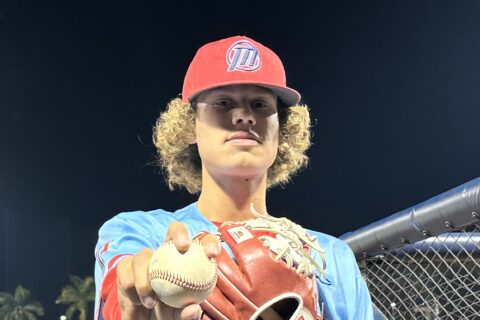 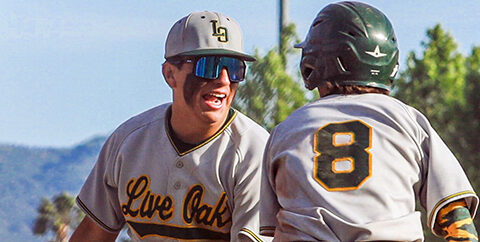